Selenium was developed by Jason Huggins in the year 2004 from Thought works. This is an open-source testing tool to automate web applications. Testing any application using the selenium tool is known as selenium testing. As this automation tool is to test web applications, one can use it for any browser like chrome, edge, firefox, safari, and more. One can use any of the programming languages like python, C#, Java, etc. for this testing.

What are the Pre-requisites to start selenium?

TO learn Selenium one should have the basics of Java and OOPS concepts. As the Selenium course is useful and easy to work for software testers and QA engineers. One can download and install selenium software by following some simple steps. After installation of software, it requires some extra components to start working. Choose any programming language that you good at and an appropriate framework.

On which browser we can run tests?

Selenium can only support web-based applications, it requires a browser to open it. Many browsers support selenium so it works on any browser. And to run Selenium script on any browser it needs the browser’s driver.

Who can use this tool?

A one-word answer for the above question is: Anyone can use selenium for their web app. Since selenium is a more flexible tool, anyone can use this to test and automate their web apps. You can apply it if you are an individual freelance developer running test series and deploying to UI where engineers performing regression tests.

In any organization, the QA engineer performs testing with selenium. They are given the responsibility of writing a complete test suit with accurate coverage. QA engineers are responsible for remaking old test suits and maintaining them. They would be writing test scripts to avoid the road blocking bugs and gives feedback to stakeholders to optimize the project. The aim of selenium testing is to enhance productivity and efficiency.

Here are the testing types that can we can automate using the selenium tool. 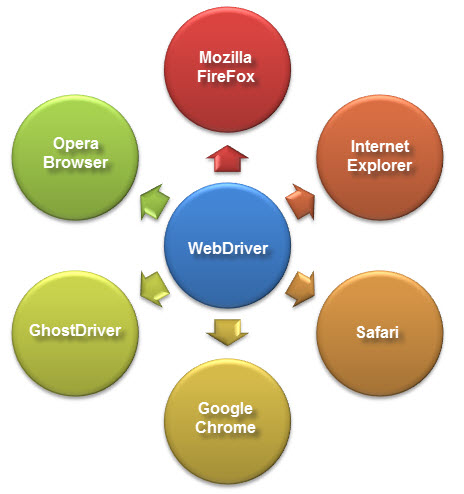 Selenium web driver is a bunch of open-source API for validating automated web applications. It verifies the expected functionalities of web applications and cross-browser testing. In selenium IDE it is not possible to create test cases, whereas web driver enables it. In web driver, one can certainly use conditional operations like If-else, while, do-while, and more.

Selenium Grid performs parallel testing. This means it enables the tester to run multiple test suites on different platforms at a time. And parallel testing is very effective as it can reduce the runtime of the test cases.

The selenium Grid routes the test suits to web instances at a remote location, by acting as a remote server. Two main servers’ involvement is necessary here, one is the Hub server and a node server. The Hub driver receives requests from web drivers and sends JSON test commands to remote drivers. Whereas the node server consists of desired capabilities.

Selenium IDE is a plugin for browsers to log the activities on the applications. For browsers like Chrome and Firefox, selenium IDE acts as a plugin and returns the logs in any of the code like Python, Java, C#, etc. The test engineers enable selenium IDE to save the interactions on the browser and verify them when the error logs are highlighted in red.

It is suggested to use the selenium IDE plugin for simple automation cases, where the generated code of logs for complex automation becomes messy to understand. In such cases as cross-browser-testing selenium web driver is the perfect method.